Work Motorcycle Accident - Should the Police Be Called? Impact of Police Report? 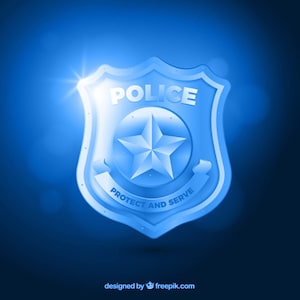 In the aftermath of a Florida Work Motorcycle Accident, should the police be called? The simple answer is Yes. A police investigation and report can help streamline some of the issues that arise when pursuing a work motorcycle injury case. When there is a work motorcycle accident that is the fault of a driver of a motor vehicle, the driver will often ask the work motorcycle operator to refrain from calling the police. The driver may want to avoid getting a citation or may want to avoid having a claim filed against his or her insurance company. Whatever the reason given by the driver for not calling the police, it is advisable to contact the police so that the property damage, crash scene, insurance, and the details can be properly documented. When dealing with an insurance company and injury claim, it also makes it a bit easier if the accident is documented in the form of a police report and a citation is issued to the driver.

There is a duty to operate a motor vehicle in a safe and reasonable manner while observing traffic signals, traffic signage, traffic, road conditions, and weather conditions. If there is a breach of this duty that proximately causes damages in the form of personal injuries, then the four elements of a personal injury case can be satisfied. To be able to prove up such a case, a police report is not required but as stated herein - the police report can help streamline the insurance claim process. It should be further noted that a police report is not admissible at trial in most civil personal injury cases. As such, even if there is police report issued and the driver is issued a citation, it most likely will not be admissible at trial. Furthermore, the fact that the driver was issued or not issued a citation is not admissible either.

David Wolf is a personal injury / work motorcycle accident attorney with over 28 years of experience. He is the author of 12 books and over 4,000 articles that focus on personal injury and safety issues. David Wolf firmly believes in Giving a Voice to Injury Victims and Their Families. Contact David Wolf today for a Free Consultation at (904) 500-WOLF / (904) 500-9653 or at dwolf@davidalanwolf.com Get D Wolf On Your Side - At Your Side.

Contact Us
Motorcycle Accidents
Other Personal Injury Topics
Client Reviews
★★★★★
I was in need of legal advice and David was there to assist. I was given advice most attorneys would charge outrageous fees for. When I called David promptly replied, got a grasp of my issue and gave wonderful advice and then referred me to someone who could better handle my issue. I would highly recommend him and if anything else comes up, my first call will be to him. Tracey
★★★★★
David did a great job representing my family in a recent legal matter. He provided great communication in a clear, concise and timely manner. He thoroughly outlined what our options were and answered all our questions. We were extremely pleased with the outcome and highly recommend anyone seeking legal counsel to contact him. David
★★★★★
David Wolf has provided legal advice and representation to me on a variety of issues. I have referred family members and friends to him as well. Whenever a legal issue arises, he is the first person I contact because I am always provided prompt and practical legal advice. I know that I am not David’s only client but he sure does his best to make me and others feel that way. Jill Kestner
★★★★★
David did an outstanding job with my case from start to finish. He was professional and courteous throughout the process and he made sure that I stayed informed. I would recommend him to anyone seeking legal counsel. Adam
★★★★★
David Wolfe was very prompt in returning my call for advice. He was sensitive to my issue, gave clear legal advice, with creative options. Extremely thorough and caring. Will use him in future if in need again and will refer him to family and friends. Jo
View More
Submit a Law Firm Client Review