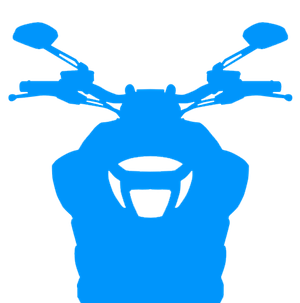 Motorcycles, by their design and function, are much smaller that other vehicles on the road. As such, a driver may not see or notice the motorcycle at an intersection, adjacent lane, or other areas on or near the roadway occupied by the driver of the motor vehicle. Distracted driving is also a factor that causes many limited visibility motorcycle accidents. Other factors may include trees, shrubs, hills, turns and curves in the roadway, and weather. It should be noted that weather may be a factor but statistically only a small portion of motorcycle accidents are caused by weather related conditions and factors.

Also, keep in mind the the motorcycle injury claim or case does not begin and end at the accident scene. Even on cases in which the other driver and the respective insurance company admit fault or liability for the accident, there are still challenges to the reasonableness and necessity of the medical bills and treatment. One major battle seen in most personal injury cases involves the battle over the seriousness and permanency of the injuries. Insurance companies frequently argue that the treatment was excessive and that the injuries were exaggerated by the motorcycle victim and the treating doctors. Even though the motorcyclist had an otherwise healthy lifestyle, strong work ethic, and commitment to family, community, church, and country, the insurance company will still argue that the injuries and treatment sought were unreasonable and otherwise (according to the insurance company) worth much less than what was being demanded.

Contact David A. Wolf today for the help you deserve for a personal injury claims and cases including those related to motorcycle accidents. David A. Wolf believes in Giving a Voice to Motorcycle Victims and Their Families. Get D. Wolf On Your Side - At Your Side. You will get a Free Consultation and the advocate you need to protect and enforce your legal rights.