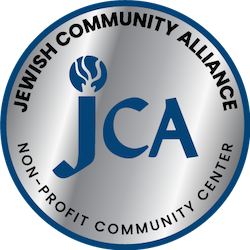 Attorney David A. Wolf is a proud member of the Jacksonville Florida Jewish community. Born and raised in Miami, David grew up in a large Jewish community. Just three miles down the street and just two years his junior, Robin Bloom grew up in the same community. In 1995, David Wolf married Robin Bloom - his high school classmate, lunch mate, and girlfriend from 1982. The wedding was held at the Biltmore Hotel in Coral Gables, Florida. They were married by the Senior Rabbi from Temple Beth Am, the synagogue where they attended religious school. In 1998, the Wolfs moved to Jacksonville, Florida where they immediately became a part of the smaller but strong Jewish community. The Jacksonville Jewish community welcomed the Wolfs with open arms. In addition, the Wolfs felt welcome by family members who resided in the area, friends from college, fraternity / sorority members from college, and a host of other wonderful people who called First Coast their home.

The Jacksonville Jewish Community Allliance (JCA) is a non-profit organization located in the Beauclerc / San Jose part of Jacksonville, Florida. It is the home to a top rated pre-school, after-school program, kindergarten, and summer camp. It also has programs year round for all ages. It is a family-oriented community based facility that is open to all. From aquatics to fitness to ceramics and all things in between and beyond, the Jacksonville Jewish Community Alliance is a wonderful place to exercise, learn, and be around wonderful members, staff, and volunteers. Once their daughter began attending the Michele Block Gan Yeladim Pre-School, Robin became a volunteer and eventually was appointed the Co-Chair of the Early Education Committee.

The Wolf children (Megan and Matthew) attended the JCA Pre-School, a place where they both met their first friends and achieved a number of early milestones including the skills of reading, writing, and basic math. The education received by the Wolf children at the JCA Pre-School was truly amazing.  While in pre-school both children learned to read.  This strong foundation or early education served the Wolf children well in their academic endeavors through elementary school, middle school, and high school.  At graduation, Megan was named the valedictorian of her her school (St. Johns Country Day School - Orange Park).  Two years later, Matthew crossed the SJCDS graduation stage to receive the Carol A. Hart Award as the top math student for his graduating class.  Both Wolf children are now attending the University of Florida.  Go Gators!

For two years, Robin served the  JCA astthe Director of the J Institute which provided a wide array of adult programs both at the faculty and outside of the facility. From bingo to kayaking and a whole host of other activities, Robin was pivotal in being part of the first few years of this brand new concept for adult programming and activities.

David served on the Board of Directors at the Jacksonville Jewish Community Alliance (JCA) Board for 10 years.  During his decade of service and volunteerism at this non-profit agency,  he was recognized with the JCA New Leadership Award. David was later appointed to serve on the Executive Committee as Treasurer where he oversaw a multi-million dollar budget. He held this position for 3 years and was quite proud of the continued financial strength and capital projects completed during this time period. Following his tenure as Treasure, David served in the positions of Secretary and then rose to the position of Vice President.

David was awarded the Esther Leah Ritz Emerging Leadership Award. He attended the Jewish Community Center Biennial held in San Diego, California where he trained with other award recipients from across the United States and Canada.

There is a well known Yiddish word - Mensch - which has two definitions: human being and a person of integrity and honor. When one person refers to another person as a mensch, it is the one of the highest forms of a compliment. As noted in Wikipedia, "The key to being 'a real mensch' is nothing less than character, rectitude, dignity, a sense of what is right, responsible, decorous."

David Wolf strives to do his best every day for his clients and community. To be called or referred to as a mensch is something achieved through effort, consistency, sincerity, integrity, and a dedicated work effort. From the beginning of a case through its end, David Wolf keeps the virtues of a mensch in mind and as a guidepost to his mindset and efforts on behalf of his well-deserving clients.